In 2016 the Democratic Alliance took over government of a nearly bankrupt Kouga Municipality in the Eastern Cape.

Five years later, this municipality has recovered financially and doesn’t just deliver more services to more people but can also afford to invest more funding in capital infrastructure development than ever before.

The sad reality for the people of Kouga is that the DA could have already governed our municipality in 2011.

The five wasted years of further ANC rule between 2011 and 2016 nearly brought this municipality to its knees.

“If you look at the election results of 2011 below, you will see how easily the DA could have won the municipality in 2011 already.

2209 votes were casted for parties and/or independents that could not manage to get a seat in  Council,” said Retief Odendaal, the DA Shadow MEC for Finance, Rural Development and Agrarian Reform in the Eastern Cape. 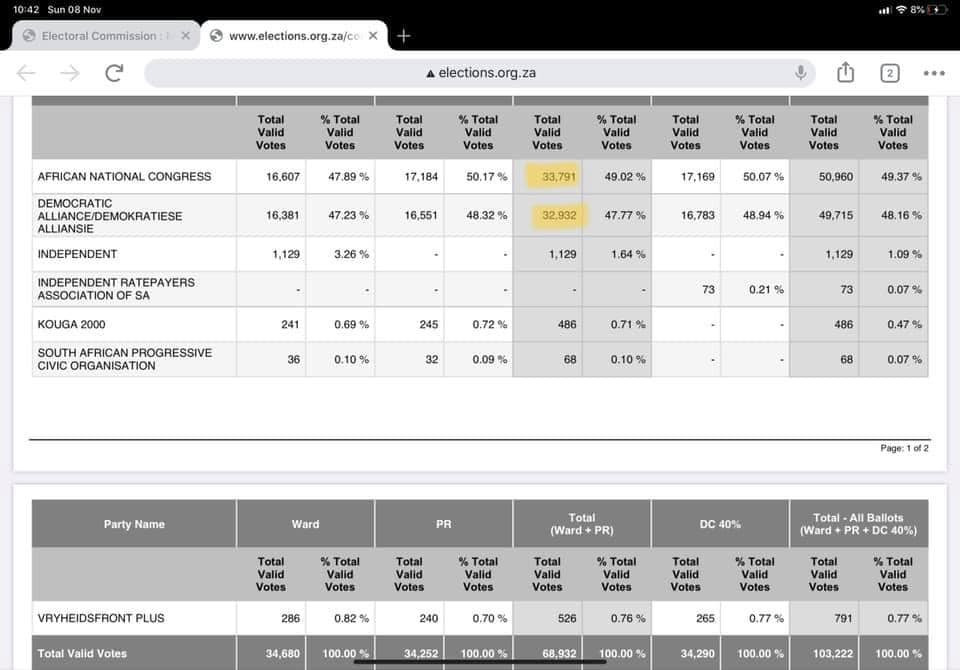 “Unfortunately, all of those votes were wasted. In contrast, the DA would have only needed 860 of those votes to take control of Kouga in that election.

It’s certainly your democratic right to vote for the party of your choice. If you are however serious in wanting to defeat the ANC, there is only one party that can deliver a knockout blow to them and that is the DA.

Vote for the DA because the DA gets things done in Kouga,” added Odendaal.

Kouga is hiring a Municipal Manager